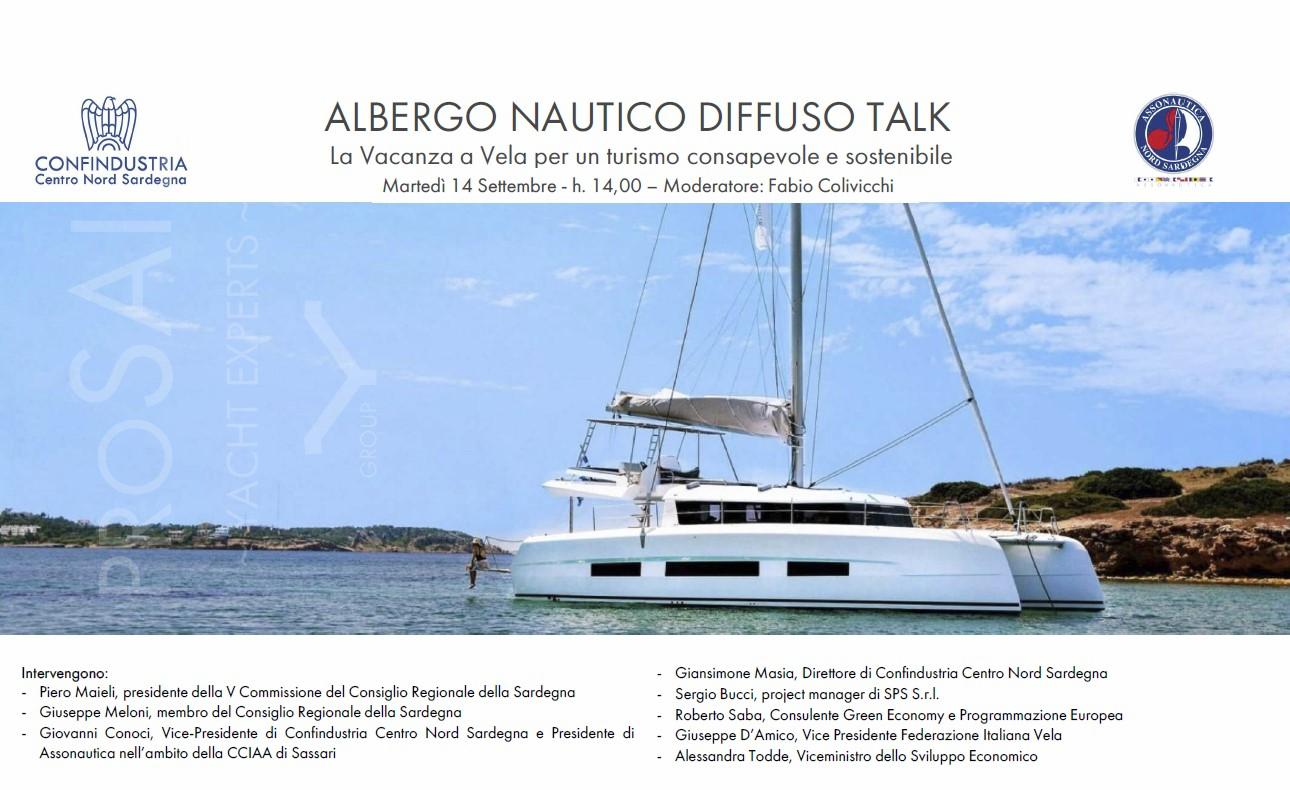 Sardinia is the first Italian region to regulate the Albergo Nautico Diffuso with a law, a form of innovative accommodation in step with the evolution of the market that increasingly asks to experience sustainable experiential holidays in contact with nature.

On the subject, Confindustria Centro Nord Sardegna, on the occasion of the 61st Genoa Boat Show, promoted a special talk in streaming to take stock and also to better define the intervention solutions to be implemented.

The aim is to solicit the approval of the national legislation, which is still absent. The measures approved last June by the Regional Council of Sardinia aim to favour the development of an autonomous tourism, capable of attracting additional flows compared to those of traditional accommodation.

The regional law 13/2021 represents an absolute novelty. “There were no schemes or reference models. Yet the issue immediately aroused the interest of all council groups“,explains Piero Maieli, regional councillor and first signatory of the law. According to the rules approved last June, therefore, the tourist activity must be managed in an entrepreneurial form and the pleasure craft can be granted for use to customers with lease agreements. Several nautical companies associated with Confindustria Centro Nord Sardegna a few years ago began to solicit a first regulatory regulation of a new phenomenon which we have not yet developed or not at all. Hence the need to promote and publicize a truly innovative form of use of the sea and coasts at an institutional level. Sardinia, with 1,800 km of coastline, can count on just 300 boats.

“We didn’t look at political affiliations, majority or opposition. I come from a territory, the northeast of Sardinia, in which the Albergo Nautico diffuso is a deeply felt and already present theme. I am satisfied with the law, which will now allow this form of accommodation to be developed throughout the island. And I hope that Sardinia will lead the way in relation to other regions”, declares Giuseppe Meloni, regional councillor.

“The Italian Sailing Federation can only hope that other regions will follow Sardinia as well. It is a “family” tourism and before the pandemic it mainly interested foreigners. Because of the covid, Italians are also approaching this form of tourist use, which allows them to encourage the “culture of the sea” and also to protect the environment“, says Giuseppe D’Amico, vice president of Fiv.

The Albergo Nautico Diffuso should not be confused with the classic charter, in which the boat is rented with the crew. In the Nautical Hotel, on the other hand, the corporate structure remains on the ground, has no crews and takes care of all the typical services of an accommodation facility: promotion of the territory, customer reception, 24-hour assistance, sale of local tourist services. The units are then the rooms of a tourist hotel residence as they are equipped with a kitchen and, unlike the charter, they cannot move freely where they want. The navigation areas are in fact limited to the coastal stretch close to the armament base. Here the embarkations and disembarkations must take place.

“The Albergo Nautico Diffuso is certainly for us an important achievement and an excellent success – comments the vice president of Confindustria Centro Nord Sardegna, Giovanni Conoci – It is necessary to clarify that the activities were already carried out by some companies, especially in the area of north-eastern Sardinia, but, lacking legal recognition, they could not be properly framed or valued, always making confusion with other types of activities“. The Nautical Hotel can guarantee positive effects on the island’s economy but also better protection of the coastal territory. “We can generate significant incoming tourist flows thanks to the increase in beds. All without affecting a single square meter of territory. And at the same time we remove anthropogenic pressure from the beaches, often already overcrowded, to move it aboard boats”, adds Conoci.

“The nautical sector has long needed this type of recognition. The law is proof that when it comes to good politics there are no flags or sides. I also believe it is important to work with associations that represent the nautical sector”, remembers Deputy Minister Alessandra Todde. The Sardinian example must then be exported. “The theme can also be represented in other regions that have a vocation for nautical tourism. Our nation is made up of coasts and marvelous naturalistic beauties. The use that can be made by combining nautical synergy and ground services can truly be a tool for relaunching”, she concludes.

We are pleased to inform you that we will be present at the Genoa Boat Show from 16 to 21 September.

What are you waiting for? Scan the QR-code or fill out the Form and book your appointment with us.

The site uses third-party profiling cookies to offer advertising messages in line with your preferences and analytics cookies to optimize the site. By clicking "OK" or continuing to browse, you accept the use of cookies. For more information and deactivation please see our full informationOk